GROOVE TO THE SOUNDS OF FUSION JAZZ AT BORNEO JAZZ 2022! SARAWAK, 8th June 2022 – The Borneo Jazz (BJ) festival has been wowing music fans with its impressive line-up of artists and array of fringe activities since it first started in May 2006. This year is particularly special as it will be held in a hybrid format where festival goers can enjoy in person at Coco Cabana, Miri or live-streamed from wherever they are in the world from the 24th – 26th June 2022.

Borneo Jazz cutting edge vibes aim to entice the younger generation to immerse in nu-jazz, with our friends from the Land of the Rising Sun, Gecko & Tokage Parade from Japan. This new-generation instrumental jazz band is led by composer and pianist Wataru aka Gecko, with their motto “pursuit of new-generation sound”. With Gecko at the helm, this quartet mix pop, classical piano melodies, post-rock and fusion-like guitar that crosses minimal, jazz and experimental sounds that will be sure to appeal to generation next.

BJ 2022 also welcomes Alemay Fernandez of Singapore along with Richard Jackson from the United States, adding their brand of soul to jazz with Alemay’s bluesy tone and Richard’s smooth baritone voice. Alemay’s phenomenal voice has landed her on stage with the likes of music greats like The Count Basie Orchestra, David Foster and Laura Fygi. Along with her impressive resume, she is also a songwriter and is widely considered Singapore’s foremost jazz singer.

Richard, her partner in rhyme at BJ 2022, is a seasoned performer having opened for legendary acts such as The Stylistics, Regina Bell, Tuck & Patti, Peabo Bryson, and Incognito just to name a few. He has also performed with jazz legends Ernie Watts, Randy Brecker, Kenny Drew Jr., Al Di Meola, and Ricky Lawson.  Originally from Cincinnati, USA, Richard is currently based in Singapore making him a festival favourite in the region.

Together, Alemay and Richard bring jazz to new heights with their unmistakable chemistry and their uniquely refreshing style. Expect an eclectic mix of groovy originals and jazz/soul covers, with a top-notch band featuring Euntaek Kim on keys (played with Dennis Chambers), Jase Sng on bass (played with Incognito) & Erik Hargrove on drums (played with James Broen and Bootsy Collins).

Set to wow the audience during BJ 2022, extraordinary Italian pianist Nikko Ielasi fuses jazz, gospel, pop and rock elements in one power-packed set with his headlining band NIKKOLLECTIVE. Joined by fellow superstars Italian Adriano Matkovich on bass and Malaysia’s own Arthur Kam on Drums, NIKKOLLECTIVE is sure to not disappoint. A versatile drummer laying down grooves and beats that drives the music to anotherdimension, Arthur Kam is a Malaysian child prodigy hitting big stages with various artists locally and internationally from the age of 7. A graduate from Berklee College of Music, the New York based drummer currently sessions for singer songwriters, artists and bands from different genres in New York, Boston, China and Malaysia. Saxophonist Mark Hartsuch, well known for his work with Indian legend Grammy & Oscar award winner AR Rahman, produces, composes, arranges and records horns for Bolly-wood films and independent music artists from all over the world. 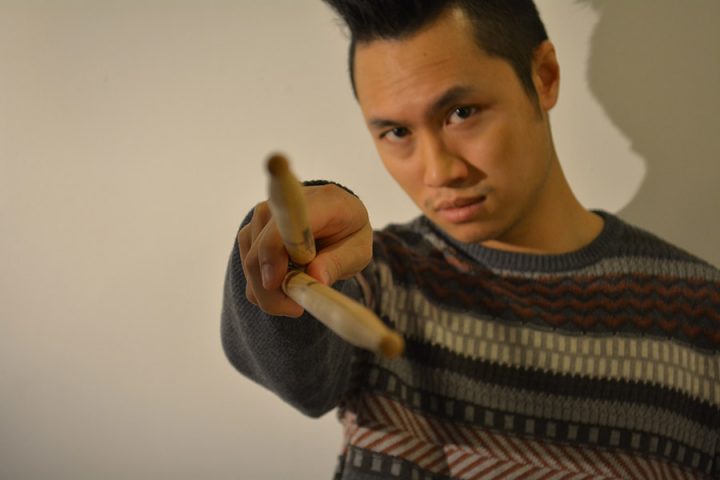 In the summer of 2019, Nikko became suddenly and irreversibly deaf on the right side with Sudden Sensorineural Hearing Loss or SSHL. Through adversity, Nikko has continued to persevere by blessing the world with his music as a leader and musical director for others.