Making headlines at the young age of 14, Nisa won three gold awards at the World Championships of Performing Arts (WCOPA) in Hollywood in 2011 and the Anugerah Juara Lagu (AJL) 29 in 2015. She has since gone on to study at Berklee College in the United States, where she joined Fluoroscent Collective in 2015, a band of Berklee students founded by Boston-based Malaysian pianist and recording artist, JennHwan Wong, known as Jenn-the-Redman.

Nisa has been busy performing since 2011, taking stage at events like the Johor International Music Festival in 2012, the launching of the ASEAN International Film Festival and Awards and the Launch of Malaysia’s 50th Anniversary celebrations in 2013, as well as the Global Summit of Women in Kuala Lumpur in 2013 and again in France in 2014, as well as the Opening & Closing of SUKMA 2016 in Kuching.

Nisa has even played for a president, having performed for the Official visit of President of China to Malaysia at Seri Perdana in 2013 and launched her first album “Yakina” in 2014, at 17 years old, and her second album “Tan Sri P. Ramlee” in 2015.

While Nisa’s journey hasn’t been easy, it has certainly been rewarding, and she has taken inspiration from different mentors who have taught her along the way, including her piano teacher who inspired her to take up violin at the age of 7, her parents and her peers who are like-minded in their passion for music.

“Since entering college and meeting many more people around my age doing the same thing as me, I find myself discovering different worlds of music that I didn’t delve into in my school days. It’s so beautiful. I wish to share that,” she said during an interview with Sarawak Tourism, explaining her passion for music, a passion she wishes to share. “It’s not just a form of entertainment, for me, it shares peace and love.”

Considering Nisa’s accomplishments before she has even graduated from Berklee, her life story has become an inspiration to local musicians in Sarawak and the rest of Malaysia.

As Nisa inspires them, she also continues to encourage them, urging them that “Sarawak needs you”. Nisa has urged people to support local artistes and musicians, “They are better than you think. My message is to tell everyone that art is not useless.”

Fluoroscent Collective will be performing a mix of genres from Rock to R&B, pop to Blues, taking nice melodies and melding them with catchy, odd-time grooves to make their own unique repertoire. Every member contributes to their original compositions, whether individually written or drawn up as a group effort.

They’ve recently released a Live HD Cover Video of Miles Okazaki’s composition “Spiral,” and their originals include Point 7, Orange Line in Jackson and Sunny will be performed at Borneo Jazz.

Bands from Netherlands, Guadeloupe, Japan, South Africa, Italy, USA, Taiwan and countries from around the world will be performing at the Festival.

The Festival will be expanding its musical outreach programme, where aspiring musicians can learn the basics of Jazz Keyboard from professional musicians, by introducing additional classes for percussions and more.

Festival tickets are available now and more information can be found at www.jazzborneo.com. 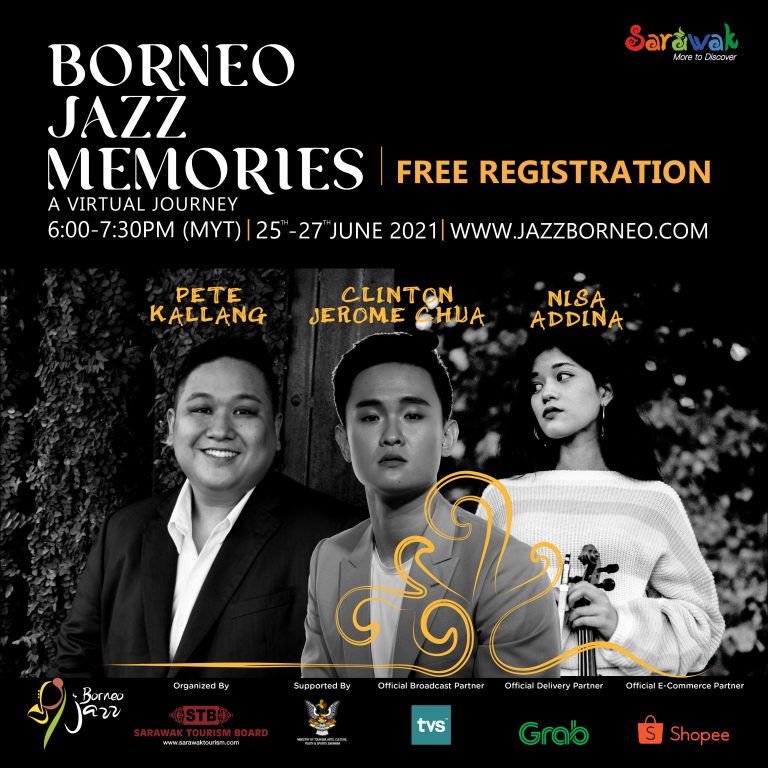