The trumpet has been featured as the lead instrument since the birth of jazz in New Orleans. As a lead melodic instrument, the trumpet’s sound is seductive, provocative and has the ability to run manic improvisations. From time to time Indonesia is blessed with having great trumpeters. One of the leading ones is Rio Sidik.

Born and raised in Surabaya, the capital of East Java, Rio built his performing career in Bali, Island of the Gods. Active in the live music scene over the years with many shiny achievements, including collaborating with trumpeter Maurice Brown and the fab Incognito at the Bali Live International Jazz Festival.

Said to have music as a part of his life from birth, Rio’s early musical education came from his grandfather, Daryono, a trumpeter and a big band leader. Daryono inducted him into music, built him up to be an excellent trumpeter through strict education, instilling in him a strong work ethic and commitment. Other than his grandfather, Rio’s grandmother was a singer, and this musical tradition was continued on by his mother and aunt.

Playing trumpet from 8 yeas old, “so I’m the third generation (in music),” he said while stating that he’s been performing as early as 14 years of age.

Rio’s reputation as a trumpeter rose after renowned Indonesian jazz pianist, Indra Lesmana brought him into the Reborn project. Rio has frequently appeared with the late jazz legend Bubi Chen, Erwin Gutawa Orchestra and with his musical partner, keyboardist Erik Sondhy among others. Speaking of live performance, Rio has done it all, from touring twice in South Africa, Singapore, Australia, Portugal, Spain, The Netherlands and Russia. With his world music fusion band Saharadja, he participated in the inaugural Java Jazz Festival in 2005.

Inspired by all time great trumpeters such as Miles Davis, Freddy Hubbard, Arturo Sandoval and Dizzy Gillespie, possessing a special gift of music and having a wide array of experiences has shaped him to be an acclaimed musician.

A charismatic band leader with a joyful attitude on stage, Rio infuses his virtuoso trumpet solo with a soulful singing style. 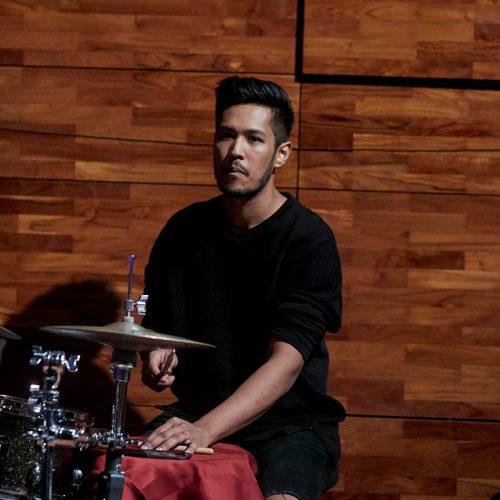