MASIA ONE is that 1 in a million, Born in Singapore, grown in Canada, earned her stripes in America and became inspired by her time in the Caribbean. Now this artist is reconnecting with her roots in Asia and re-emerging as the Far East Empress.

Masia has worked with international greats from Pharrell, John Frusciante, Che Vicious (G.O.O.D. Music, Kanye West, Jay-Z) to Hong Kong actor and pop star, Edison Chen. She toured and performed in over 20 countries and has headlined festivals such as Burning Man, Laneway, Ultra Music Japan, Pink Dot, Singapore:Inside Out (Australia), with a performance at Singjazz before the pandemic – setting the stage for her hero Lauryn Hill.

Artist, Entrepreneur, Songwriter, Arts Educator, MASIA truly defines her Queendom and continues to add to her impressive credentials that make her a true international Empress.

Q Sound is an American multi-instrumentalist, producer and recording artist. Considered by many to be one of the leading figures in the Southeast Asia music scene over the last decade, Q Sound maintains a busy schedule performing as a soloist, band leader and musical director. He is a graduate of The Juilliard School in New York City, where he studied the musical performance of classical and jazz under the guidance of Joseph Alessi, Wycliffe Gordon, and Steve Turre.

QSound’s music can be described as ethereal, sometimes experimental, but always soulfully creating an experience from beginning to end, with themes of Love, Mortality, and Spiritual Transcendence to the backdrop of house, dub, hip hop, classical and jazz.

As a performer, Q Sound has played with some of the world’s best from Lalah Hathaway, Chris Botti, Randy Brecker, Wynton Marsalis, Billy Cobham, Andrea Bocelli, Joe Flizzow and Sona One. 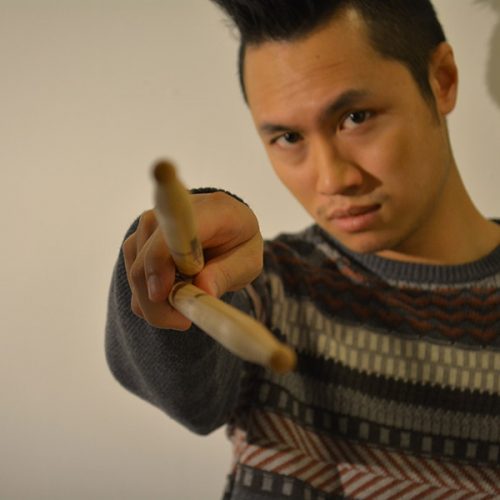